The United Arab Emirates has extended the movement ban into Abu Dhabi for another week from June 22 as testing efforts continue throughout the country, according to a statement. However, residents may still leave the capital without a permit, and they will be allowed to travel within the emirate’s regions, including Al Ain and Al Dhafra, according to Alarabiya. 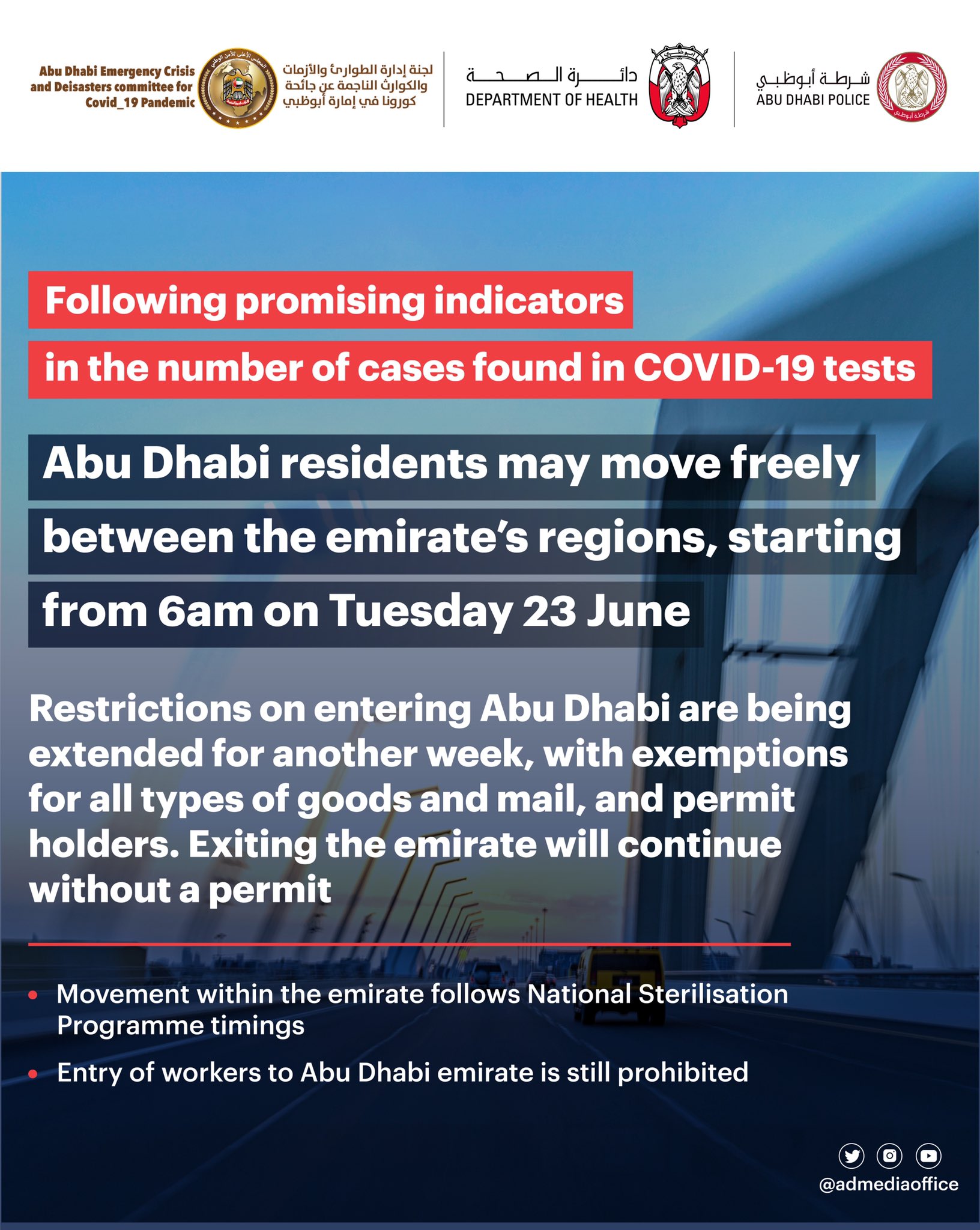 The country initially restricted movement into the capital from June 2 in line with measures to curb the coronavirus outbreak, the Abu Dhabi Media Office announced at the time. Residents were also banned from traveling outside of the regions in which they live.

Deliveries of goods and mail, in addition to permit holders are exempt from the ban. Meanwhile, labor workers are prohibited from entering the capital until further notice.

Foreign nationals with valid residency visas may return to Dubai starting June 22, the Dubai Media Office announced on Sunday. Tourists are welcome to visit the emirate next month starting July 7.

The emirate will also allow its citizens and residents to travel to other countries, “provided the destination countries agree to receive them,” starting from June 23.